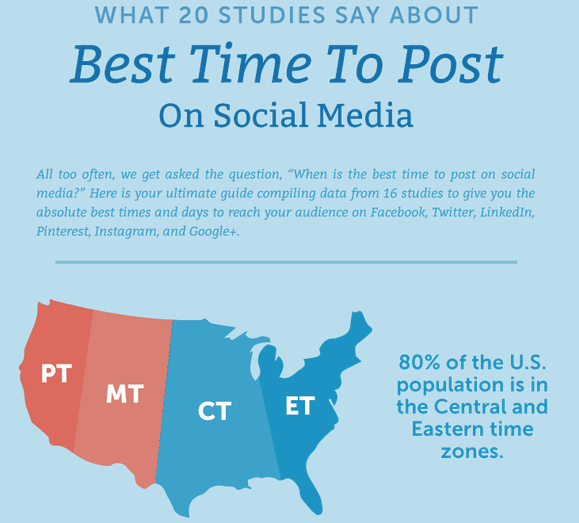 The best times to post on social media is one of the first things we look into for our clients. Although we work off of an algorithm that is tailored for our clients for us to post at optimal times based on our clients’ audience, we also follow some of these steps to maximize on a great thing!

In looking at the infographic below, you’ll see that about half of the country’s population is in the Eastern Time Zone and Central Time Zone, that accounts for over 75% of the total U.S population. Try alternating posting times in eastern and central time zones if you are targeting a U.S. audience.

Instagram is used all day everyday by half of the U.S. population and meant to be used on mobile devices.

People log in to Facebook on both mobile devices and desktop computers, both at work and at home.

About 25% of Pinterest users are active on this channel daily. Don’t get it twisted with Pinterest! This is a graphical search engine. A GREAT power source for your business, and the posting times  are usually off of business hours.

Google+ doesn’t get as much hype as the other social media platforms. It’s Google for Pete’s sakes! Why not post on it and be effective with it?!

Ok now you know. Theses are some great tips on the best times to post on social media thanks to our good friends at CoSchedule and Hubspot!

Remember, don’t overwhelm yourself with too much. This is a tool that can help you systematize your social media tasks. Whenever you need help with anything, or need to outsource this task – just let us know! We are here to help. {{{Tra la laaaaaa}}} (in the voice of Captain Underpants)

Get your FREE guide to help transform a cluttered mind into a strategic to-do list! 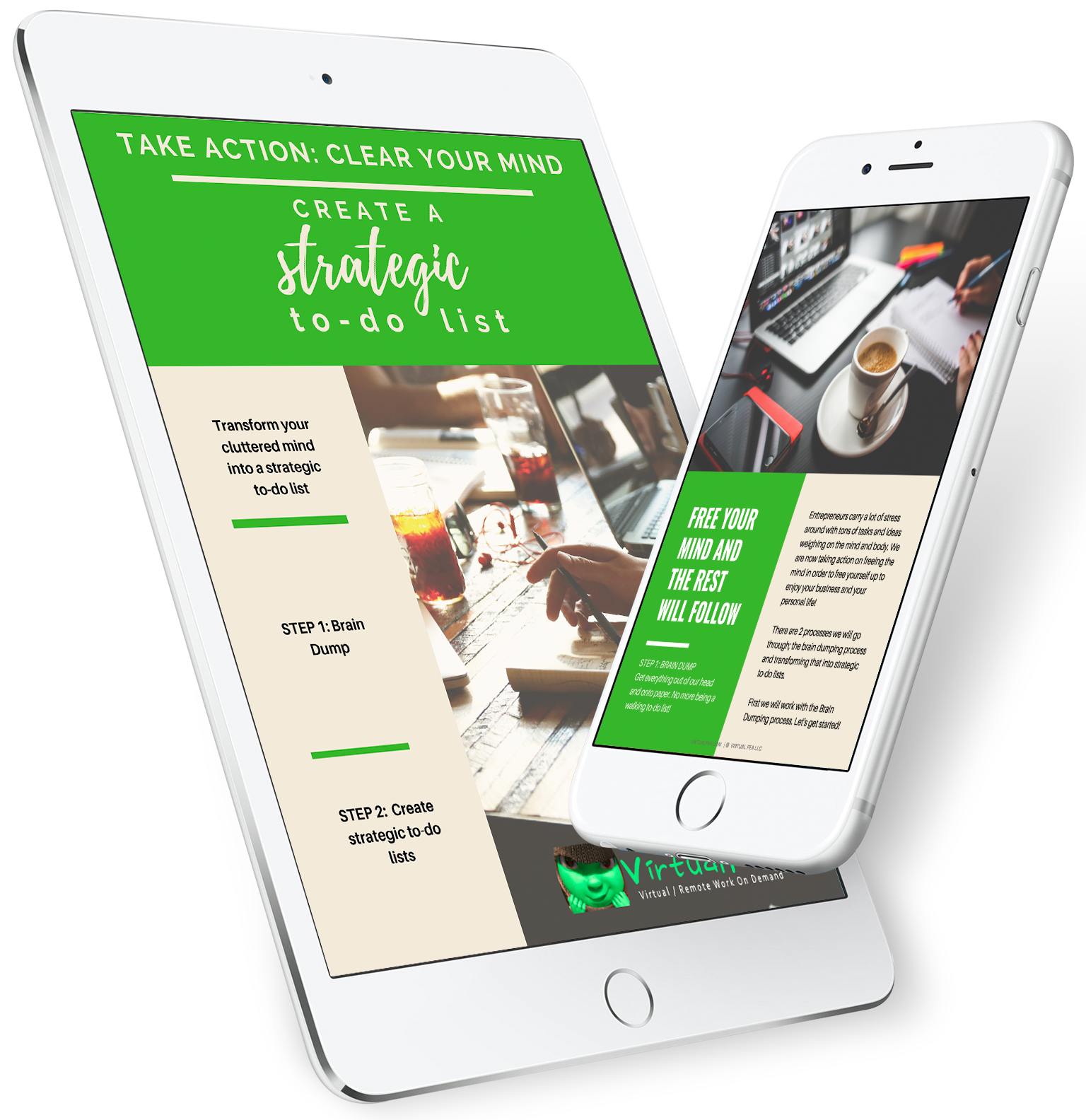 Entrepreneurs know of the anxiety that comes from an unending to-do list. If your mind is full and cluttered with to-dos and ideas that are nagging at you constantly everyday, get relief with this guide!
Your information will *never* be shared or sold to a 3rd party.

Get your FREE guide to help transform a cluttered mind into a strategic to-do list!